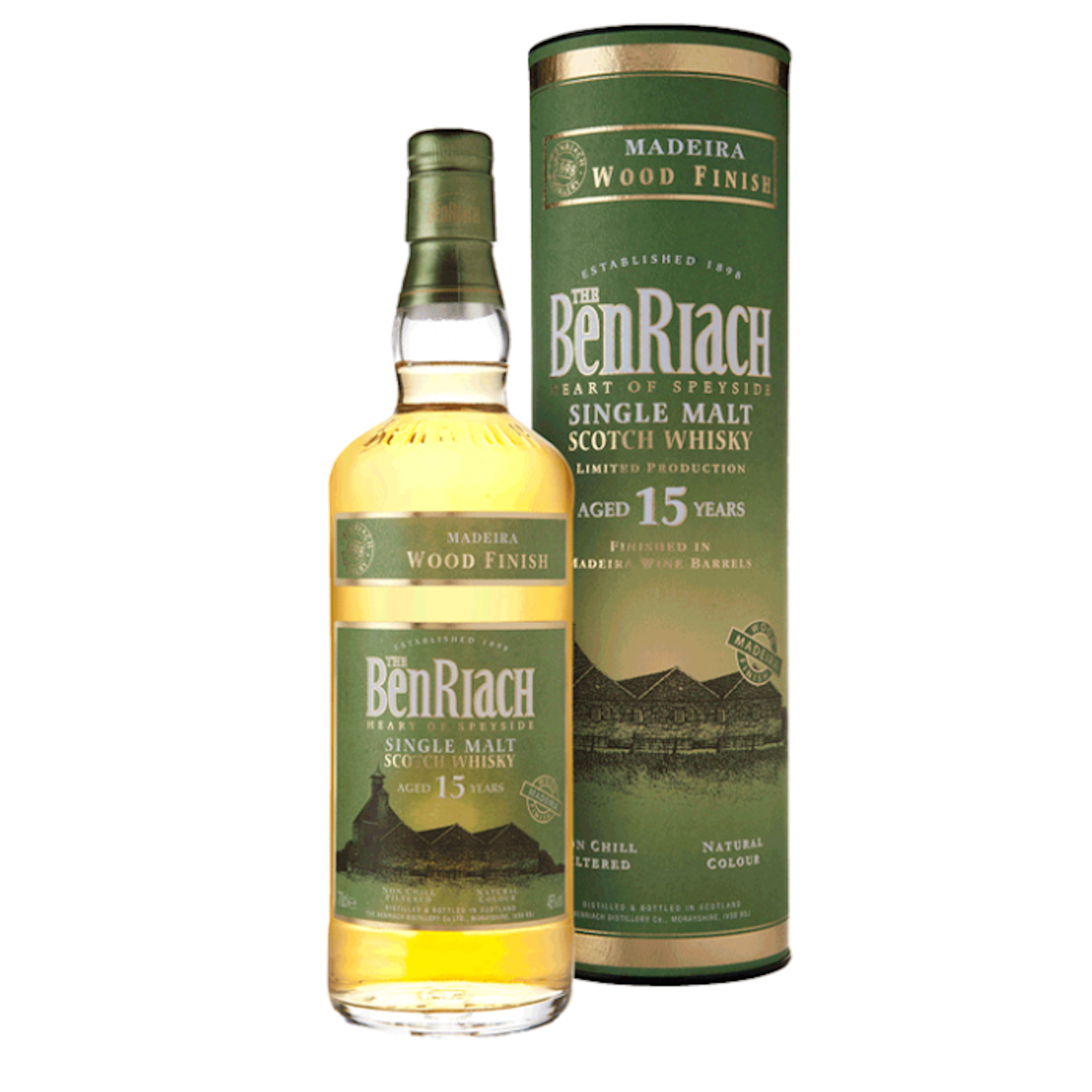 Matured in the traditional style in american bourbon barrels, this whisky is then ‘finished’ in madeira barrels, sourced from the semi-tropical portuguese island of madeira, hundreds of miles off the coast of north-west Africa, in the Atlantic Ocean. With only a limited quantity made available world-wide, the Madeira Finish is part of the first BenRiach ‘Wood Finish Series’, released in November 2006. The other ‘finishes’ included in the series are Pedro Ximénez Sherry, Dark Rum and Aged Tawny Port.

NOSE
Vanilla and spices with watermelon and peaches, with a rich backdrop of Madeira and oak wood.

PALATE
An avalanche of butterscotch, hazelnuts, peaches and spices, with a rich Madeira finish.