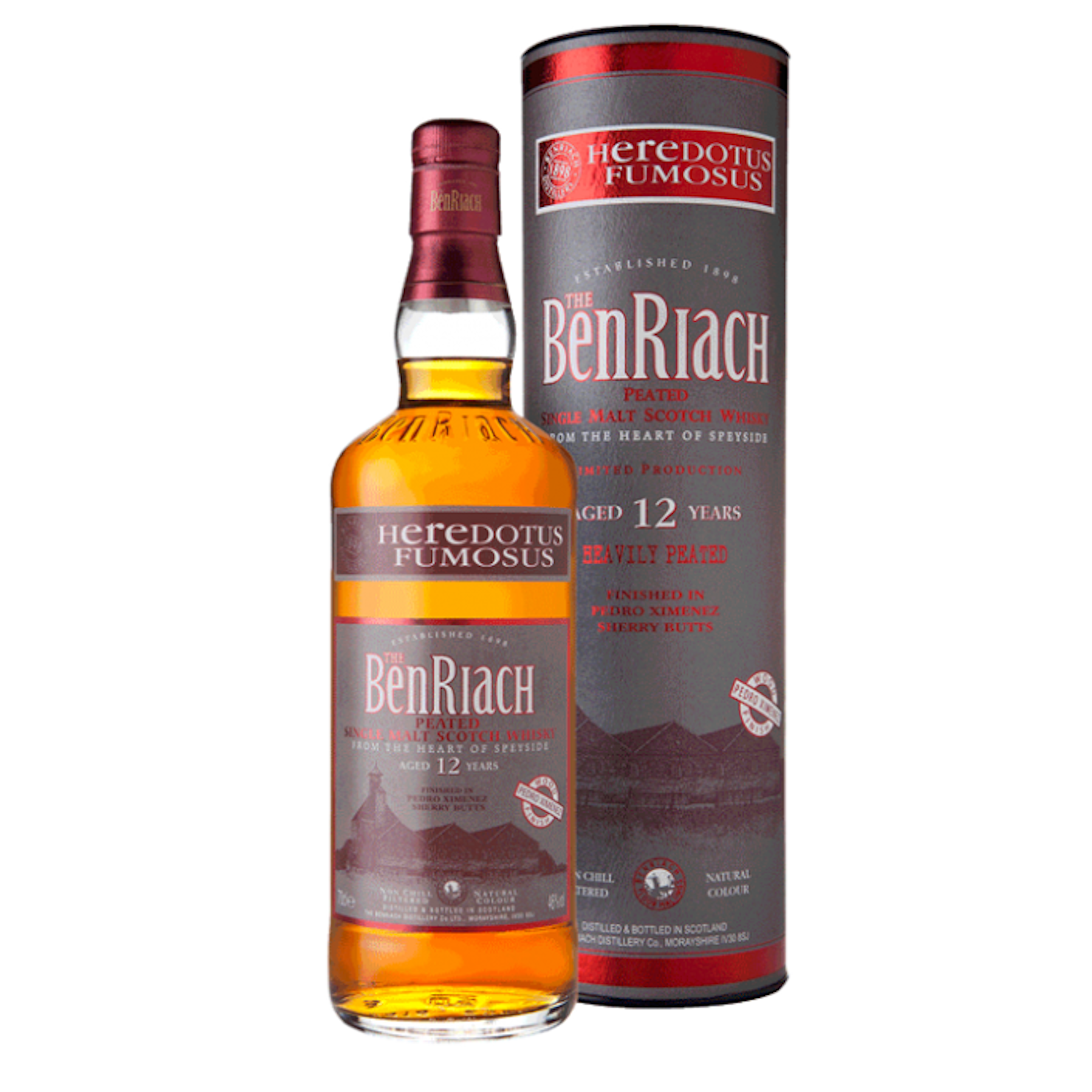 Released in May 2007, BenRiach ‘Heredotus Fumosus’ is part of a range of three 12 year old heavly peated BenRiachs, originally matured in American oak and then finished either in sherry, port or dark rum wood. In the case of ‘Heredotus Fumosus’, the whisky has been finished in Pedro Ximénez Sherry Butts, and the name, which is Latin, literally translates to ‘Smoky Sherry’.

Benriach is a registered trademark. ©2023 Brown-Forman. All rights reserved.
To find out more about responsible consumption, visit responsibility.org and ourthinkingaboutdrinking.com
All other trademarks and trade names are properties of their respective owners.
Please do not share or forward this content with anyone under the legal age.